I got a lovely surprise this evening to discover that my poem ‘Hamelin’ from my collection Liffey Swim is this week’s poem of the week 0n RTE.com, nominated by the Poetry Programme. In fact, I was so excited when I found out that I treated myself by turning on the heating a full ten minutes early.

You can hear me reading the poem here, along with a review of Liffey Swim by Philip Coleman of TDC.

Here are a few pictures from my collaboration with typographer Jamie Murphy of Salvage Press and artist James Earley to produce an illuminated version of my poem Liffey Swim. You can see a slightly different version of the series in the No. 9 bar in the Workman’s Club.

A few weeks ago I had the chance to visit James and Jamie at the printing room in NCAD to see behind the scenes, and also to sign some proofs. Typesetting is a fascinating and very difficult artform and I was intrigued to see that the tools and materials that they work with have changed very little over the past few hundred years. One of the more humbling aspects of the whole project was being told that the paper for the project was one of the last shipments from an Italian papermaking company that had just closed after being in business for 500 years.

I was also really impressed with James’s artwork, which manages to be both sinuous and choppy, organic and fragmented – you’ll have seen his stuff opposite the Project Arts Centre, at the George Bernard Shaw and on Blooms Hotel. Keep an eye out for their work at The Salvage Press and Inputout.

The new issue of Burning Bush II is out, and there’s a great crop of new poems here from Jessamine O’Connor, Alan Weadick, Philip Cummins, Jennifer Matthews, Michael Ray, Fiona Bolger, Anne Tanam and Graham Allen among others. Great to see this consistently good journal going from strength to strength.

There’s also a review of my book Liffey Swim by guest editor Joseph Horgan, alongside a review of Mary Madec’s new book, and a review by Ailbhe Darcy of Dylan Brennan’s Blood Oranges.

Have a read here

I’m really delighted to see Libby Hart’s in-depth review of Liffey Swim  over at Australia’s Cordite Review. The review also contains an interesting reflection on contemporary Irish poets’ relationship with the island itself, and reviews of Kate Newmann and Robyn Rowland’s latest collections.

“Liffey Swim is a confident first collection. The quality of its work guarantees that Traynor is a poet to keep reading and listening to. Her language is fresh, erudite and engaging. Her writing future is sure to be a bright one.”

I was surprised and delighted to see this essay on my poem ‘Egrets in the Tolka’ appear on Tom D’Evelyn’s always engaging and intelligent blog. Strangely enough, this was a poem I agonised over right at the end of the editing process – it was touch and go as to whether it would make it or not. I’m glad I included it now, as it’s been singled out for mention a few times.

I was delighted to have Gareth Prior give my poem ‘An Education in Silence’ from Liffey Swim a close reading over the Easter break. Needless to say, it’s a rare pleasure to have someone engage in such a careful and considered critique of a single poem. I think that Gareth has made some really intriguing observations, many of which will help me understand my own approach that little bit better. Have a look, and do follow his always fascinating blog for a great insight into the contemporary UK poetry scene.

I had the great pleasure of hearing my debut collection Liffey Swim reviewed on RTÉ’s Poetry Programme last Saturday night, along with Dylan Brennan’s Blood Oranges. Philip Coleman of TCD gave really insightful reviews of both books and I was very gratified by the parallels that Philip drew between the two books, as I’m a big fan of Dylan’s work.

You can listen back here 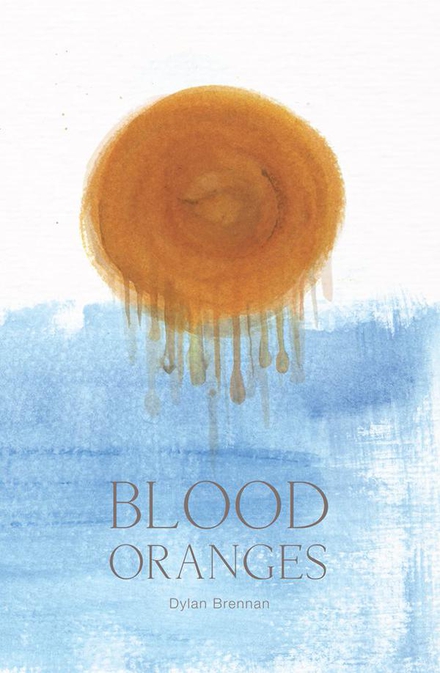 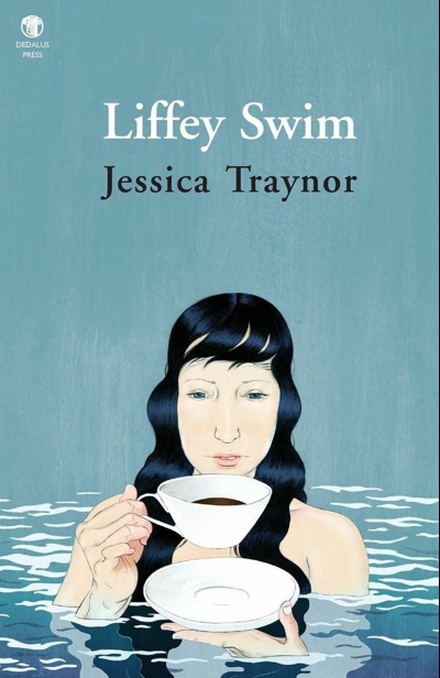 If you haven’t come across the Poetry Programme yet, do make it your business to listen in. It’s a great mix of work by up and coming and established poets, and has a fresh and contemporary feel. I think the half hour model works really well to keep the content lively!

I’m really excited to be nominated for this year’s Strong/ Shine Award for a first collection. It’s an incredibly strong shortlist, and I’m delighted to have my work considered in such good company. The winner isn’t announced until the 22nd March at the Mountains to Sea Festival, so it’ll be a tense wait until then!

Each of the shortlisted poets will read on the day, so mark it down in your calendar as one of your festival must-sees.

Graham Allen was born in Barking, Essex, and studied at St Davids University, Lampeter, Wales. He completed his M.A. and his Ph.D at theUniversity of Sheffield. His first academic post was at the University of Dundee, Scotland. Graham moved to Cork in 1995 and is currently Professor in the School of English, University College Cork. He is the author of a number of critical works, including Intertextuality (first published in 2000) and Mary Shelley (2008). His first poetry collection, The One That Got Away, was shortlisted for The Crashaw Prize in 2013 and its title poem was winner of the Listowel Single Poem Prize in 2010. The One That Got Away was published by New Binary Press in 2014. Graham Allen’s on-going epoem HolesbyGrahamAllen.org is also published by New Binary Press.

Caoilinn Hughes‘ first collection, Gathering Evidence, was published by Carcanet Press and Victoria University Press in 2014. Poems from the collection won the 2012 Patrick Kavanagh Award, the 2013 Cúirt New Writing Prize and Trócaire / Poetry Ireland Competition. Born in Galway, she studied at Queen’s University of Belfast and moved to New Zealand in 2007, where she worked for Google, ran a small business, and finally wrote a Ph.D. at Victoria University of Wellington (50% of which was a novel). She recently moved to The Netherlands, where she holds a position as “Distinguished Visiting Writer” at Maastricht University. She is writing her second poetry collection and a new novel.

Jean Kavanagh is an Irish poet living in Oslo, Norway. She studied Irish Folklore and English Literature in UCD, Dublin. She has been shortlisted twice, in2010 and 2011, for Galway’s Over The Edge New Writer of the Year, and in 2012 was shortlisted for the Patrick Kavanagh Poetry Award. Her work has been published in journals, showcase anthologies for the Galway Arts Centre, and in Dogs Singing: A Tribute Anthology (Salmon Poetry, 2011).  Other Places is her debut collection.

Jessica Traynor was born in Dublin in 1984.  Literary Reader at the Abbey Theatre and a creative writing teacher, she has published poems in a variety of magazines and journals and her work is included in a number of anthologies including If Ever You Go: A Map of Dublin in Poetry and Song (Dublin’s One City One Book, 2014) and The New Planet Cabaret Anthology. She won the 2011 Listowel Poetry Prize and the Hennessy New Irish Writer of the Year Award in 2013. She was awarded the Ireland Chair of Poetry Bursary in 2014 . Liffey Swim is her debut collection of poems.

This is the perfect course for those who’ve been dabbling in poetry, and would like to take the next step. It’s also great for those who may have written poetry in the past and who’d like to get back into it. I really enjoyed giving a version of this class earlier this year and am looking forward to getting back into it.

And if any of you are poetry fans, you might be interested to know that I’ve just launched my own collection of poetry, Liffey Swim. It’s available in Books Upstairs and also online from the Dedalus Press website:

I launched my debut collection Liffey Swim last Thursday evening in the great company of Enda Wyley and Patrick Kehoe. What to say except that it was a fantastic night, and I was really touched to have so many good friends come by to say hello and pick up a copy of the book.

It’s out there in the world now, so I’m excited about the notion of it reaching a wider audience. If you’d like to hear more about the process that went into putting it together, you can have a listen to my interview on Arena from last week:

I’ll also be reading at the Irish Writers Centre for National Poetry Day this Thursday evening 2nd October, along with Deirdre Cartmill, Alan Jude Moore, Maria McManus, Gerard Smyth,  and Michael O’Loughlin. I’ll have a few copies of the book with me if anyone would like to pick one up; otherwise it’s available in bookshops and from Dedalus Press at the below link:

Here are some nice things that have been said about Liffey Swim:

“Her finely lyrical work is informed by wide travel, a meditative intelligence and an acute sense of history, in which Dublin and its three rivers become a living metaphor for the truths and felicities of one woman’s life.” —Harry Clifton

If anyone would like to review a copy of the book, please drop me a line.