This is very belated, but I’ve been flat-hunting, living between two houses, writing an article on a tight deadline and having the usual bewildering new-flat experiences (Why are there no teaspoons? How will I hide my cat from the landlady when she comes to collect the rent?) While considering these and other lofty questions of existence, I like to cast my mind back to Strokestown to calm myself…

Strokestown, for those of you who haven’t been, is a very small town. It’s a crossroads, a big house and not much else. But don’t read that ‘not much else’ as pejorative; in small Irish towns the ‘much else’ is usually miles and miles of bungalow blight and ghost estates. Strokestown remains intact and architecturally coherent. The houses at the crossroads are all small Georgian buildings which echo the architecture of the big house – a small but perfectly formed mansion displaying the almost obsessive symmetry of its era, but with what I imagine Jane Austen might have deemed a ‘very pleasing aspect.’

When we first arrived at the house, everyone was in the lovely courtyard café, so we were free to snoop around the various rooms, which have that air of ramshackle elegance that speaks of generations of use and love; this place doesn’t feel like a museum. The room in which the readings took place has two French doors either side of the lectern allowing the audience to look out at the swallows skimming the grass-tips. We stayed for the afternoon reading on the Saturday, which was Liane Strauss and Seosamh O Mhurchu. After hearing how well they both read I panicked and ran back to the apartment to practice (and wind down by drinking half a bottle of wine while watching Die Hard on TV.) 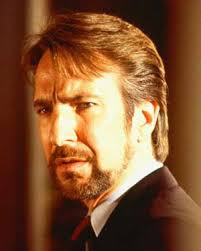 I was reading first on the Sunday morning at 10am and was in great company. Jim Maguire (who came first in the competition) was the first reader and gave us a beautiful sequence of poems on music, the nature of the creative process and loss of that ability. Lovely to hear stand alone poems that interweave together thematically in such an organic way. Liam Ryan (who came third) read after me and his poems were witty, elegantly sparse and built up a lyrical and resonant picture of everyday life. I had a very warm reaction to my own reading with lots of people asking where they could buy my book (publishers everywhere take note!)

The drawing room where the readings were held

So I spent the rest of the day seeing as many poets read as possible. Highlights were Shirley McClure, Isobel Dixon, Lydia McPherson (I’m sorry to say I missed the rest of the shortlisted poets as I only made it to the festival on the Saturday – if I hadn’t, they’d be on my highlights list too.) I didn’t win a prize, but got really positive feedback from both judges and spent two days in the most beautiful surroundings listening to poetry and chatting to poets. I’m going back next year and may decide to haunt the place when I die…